Why Multitasking is a Myth 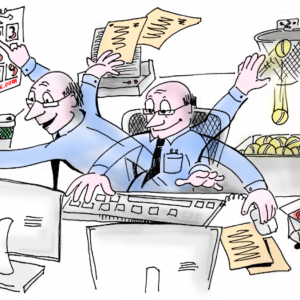 WHY MULTITASKING IS A MYTH

Are you a multitasker? I meet many people who believe they are quite simply superb multitaskers. The epitome of this effectiveness and efficiency enabling them to get so much done all at once. Sound familiar? Perhaps this describes you. In fact you may be thinking how else can you do all those things you need to and still have time for life, unless of course you multitask.

And of course if this is working  for you then I salute your energy and work ethic.

However in this blog I’m going to challenge your thinking and assumptions about the topic of multitasking. I’m going to make the case that multitasking is a myth, a misnomer, a mirage in the desert called distraction.

The human brain is just like an onboard computer and has only so much available band width.

When you are distracted, your brain attention flips from the area you were working on to the distraction and back again, over and back and so on and so forth. This process is known as ‘rapid cognitive switching’ because in essence your brain cannot multitask, it can only switch task.

This high paced rapid switching back and forth, to and from different things means that you never get fully into the zone for either activity. Your working memory becomes overloaded so things go into ‘recycle’ and deleted instead of being filed in your brains active memory.

In fact it is only possible for the brain to do two tasks simultaneously in either one of two scenarios.

In the first instance at least one of the tasks is an automated brain behaviour whether walking or eating etc. In other words no specific brain focus is needed to engage with this activity.

The second situation is whereby different types of brain processing are involved. For example reading while listening to background classical music. In this case, the part of the brain that deals with reading comprehension and making sense of the words being read is located in a different part of the brain to that which deals with processing music.

However, if you swap the classical music for contemporary music with lyrics then your ability to read effectively goes down significantly because the reading and music are both activating the language centre of your brain at the same time.

According to the American Psychological Association, research on multitasking has shown that

-it can reduce productivity by up to 40%;

-it can increase the length of time to gets things done by up to 40%, especially for complex tasks.

Convinced yet ? Appreciating a number of years ago that I couldn’t actually concentrate properly on more than one thought at a time was an ‘aha’ moment for me but the truth is that in reality none of us can.

HERE ARE SOME OF THE RECOGNISED ADVERSE EFFECTS OF MULTITASKING!

#1. Your Brain Structure May Change

Research has shown that people who are chronically distracted use much larger parts of their brain including areas that are completely irrelevant to the task at hand. They are unable to filter out irrelevancy and can’t manage a working memory properly. So, the habit of “multitasking” can be highly detrimental to your overall health and wellbeing.

Because of the process known as neuroplasticity where the brain can adapt and change over time, your brain can literally become reshaped and these hardwired habits may be difficult to let go of as your brain is unable to just snap back into shape when it wants to. Your brain is more plastic than elastic.

People who multitask make more errors because switching back and forth using the thinking part of your brain makes mistakes more likely. In fact, this part of your brain can be literally overwhelmed if there is more than two tasks involved at the same time. Research has found that people who chronically multitask have issues with all sorts of cognitive brain tasks and show a large range of deficits despite the fact these people may be deluded into thinking that they are actually more productive by multitasking.

Multitasking increases negative stress. Research has found that people who have constant access to their emails stay on high stress mode with extra anxiety. From an emotional point of view multitasking can you make you more irritable  and can affect the intimacy of your relationships.

It may be damaging the intimacy of your relationships and contributing significantly to a generation of excess anxiety.

Research found that 75% of college students walking across a campus square while talking on their cell phones didn’t notice a clown cycling a bicycle close to them. This is because they were so distracted by the conversation on the phone that they had no available “band width” left to observe and notice their environment.

Being distracted can result in you having a tendency to overeat and impact negatively on your health food choices.

Not being can seriously impact your productivity in the workplace. One of the ironies of people who chronically multitask is they may well be deluded into thinking that they are actually more productive. Next time you are at a meeting just observe how many people are texting or using their mobile devices while the truth is their attention span is compromised while doing this. Some people may say they are great multitaskers but the truth is rather than doing multiple things at once they are really handling multiple distractions at the same time.

#8. Multitasking Slows You Down

Rapidly switching from one task to the next burns up time and energy.

AS AN EXPERIMENT DRAW TWO HORIZONTAL LINES ON A PIECE OF PAPER.

Have someone time you as you carry out the following.

For the first part of the experiment, start the stopwatch and time yourself while in write on the first line ‘I am a great multitasker’ and on the second line write numbers in sequence from 1 all the way up to 20. If you are like most people this should take you 20-30 seconds to complete. For the second part of the experiment I want you to write the sentence and the numbers at the same time. In other words write the first letter ‘I’ followed by the first number 1, the second letter ‘A’ followed by the second number 2 and the third letter ‘M’ followed by the third number 3 and so on. How did you do time wise? Most people will find it takes them twice as long to complete the second task. You may also have made some errors and become considerably more frustrated as  you had to burn brain energy to be able to think of what letter would come after each number etc. This is a great example of switch tasking.

Of course multitasking can be dangerous. Using your mobile phone while in the car can be as dangerous as driving drunk even if you are using it hands free. Research has found that walkers on their phones are less likely to look up while crossing the road.

The design of digital devices deludes you into thinking you can multitask. Let’s face it, distraction is in their mission statement diverting your energy and attention from your relationships, from yourself, from your life. Just think about  it.

The bottom line is that so called multitasking is neither effective nor efficient. It affects your ability to pay attention to the present and to truly concentrate.

My challenge to you is next time you are thinking about multitasking try and focus on one item at a time and time yourself to see how much faster or much more easily and with how much less energy you can complete the task. What might happen if you chose to do things one thing at a time and stopped attempting to multitask? Would your life be less stressful? Would your life be more energetic? Would you be happier? 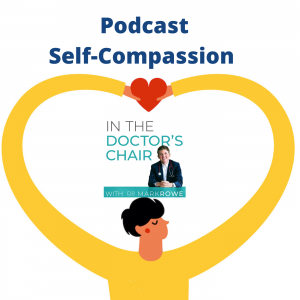 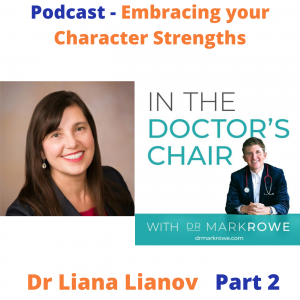