Mens Health in the Spotlight for Movember 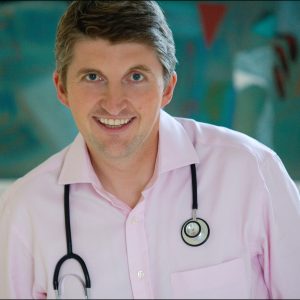 Changing the Face of Men’s Health.
November has become synonymous with ‘Movember’, an annual reminder of the critical importance of men’s health issues.
Statistics show the average man spends fifteen years of his life suffering from a chronic health condition and dies about five years earlier than women.
Growing a moustache for Movember aims to ‘change the face of men’s health’ by building awareness and attitudes about healthier lifestyle, risk factor reduction, and the importance of family history and appropriate screening tests. The end game of course is ultimately to reduce the number of premature deaths, adding years to life as well as life to years.
I have met many men over the years who believe they are bullet proof and pay the price with their greatest asset – their health.
Many men ignore serious symptoms for many months  before seeking medical attention, which can make all  the difference when it comes to chances of successful treatment.
Men often have difficulty expressing themselves. It’s not that we don’t experience emotion, of course we do. More that at times we can find it hard to put words on how we feel.  So we tend to don our emotional straitjacket, bottle up our feelings and soldier on regardless. This can lead to a form of emotional poverty with negative health consequences including toxic stress, distress, depression, anxiety and potential over dependence on alcohol or other drugs.
Perhaps a substantial part of this emotional  isolation is down to belief systems and behaviour patterns learned in large part from our parents, peer groups, even our role models. Just like a baton in a relay race these ways of ‘how we deal with stuff‘ can be passed down the line from generation to generation.
This traditional image of ‘bulletproof’ macho invincibility does us no favours at all – often resulting in health beliefs that can hinder and handicap your health seeking behaviour. The ‘head in the sand’ attitude of ignoring symptoms and delaying seeking help leading to unwarranted suffering. The usual suspect of simply ‘being too busy‘ is often wheeled out an an excuse to avoid action.
As a medical doctor, I deal with the fallout from mens health issues (Psychological, emotional and physical) every day of my professional life.
Be the change as Gandhi wisely said through your own words and actions.
Men’s health affects everyone. Not just men but the mothers, daughters, partners, people who care for and look after us. Men’s health matters big time.
This Movember I’m asking you to not only think and talk about mens health but to take action. Encourage someone that matters to you – a family member, work colleague or friend – to take that first step and see their GP or Counsellor. Move from talking the talk to walking the walk. We are better together.
Facebook Twitter Youtube Medium

Yearly Payment
Monthly Payment
Menu
Subscribe to our Newsletter
We use cookies on our website to give you the most relevant experience by remembering your preferences and repeat visits. By clicking “Accept”, you consent to the use of ALL the cookies. However you may visit Cookie Settings to provide a controlled consent.
Cookie settingsACCEPT
Manage consent